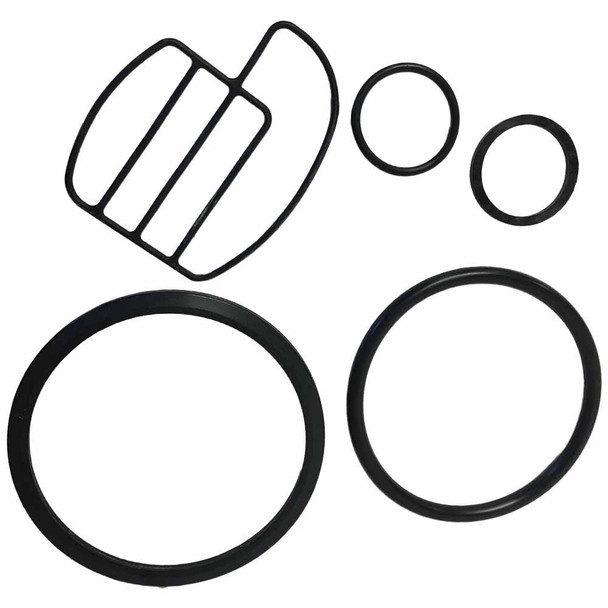 Includes most common replacement parts used to stop leaks coming from the base of the 2510/2510SXT valves.

Slip ring for Fleck 2510/2510SXT control valve . The slip ring holds the O-ring in place that seats against the mineral tank. If the slip ring is cracked or broken, water will leak out from between the tank and valve.

O-ring for Fleck 2510 control valve that seats against the tank to create water-tight seal. If the tank O-ring is damaged or worn water will leak out from between the tank and valve.

Replacement seal that goes between the control head valve body and the adapter base. Worn or damaged base seal will allow water to leak from the clamp, and may appear to be leaking from between the tank and valve.

Base Seal for Fleck 2510 Control Valve

MSRP:
Sale Price: $11.00
Standard Price:
Base seal (Fleck part# 19936) that goes between the control head valve body and the adapter base, which are held together by the clamp ring. Product Features Base SealReplacement seal that goes...
FP-19936

Adapter Base for Fleck 2510 Control Valve